You can find out more at: www.teabox.com 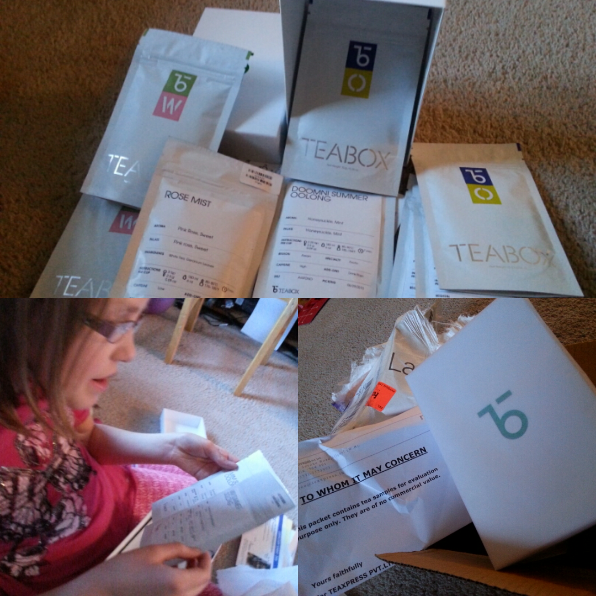 Our first box came wrapped in fancy tissue paper and everything!  "Oooo!"

This box included samples of Rose Mist, Mim Special Summer Oolong, and Doomni Exotic Summer Oolong.  I was a little surprised to be sent two oolong teas out of three.

My favorite was Rose Mist.  It has luminous color with a sweet magical flavor.  From the first whiff as you open the bag, you are transported to a fresh bed of roses interlaced with subtle strawberry and pomegranate notes. The brewed liquor is golden and luminous. It makes me think of a magical potion for a happily ever after. This tea flows softly over the tongue, filling the mouth with a fresh flavor. Its rosy sweet and velvety. This tea is excellent for easing you into a relaxing evening. Its low caffeine and high quality in every way.

Doomni i was not impressed with.  This one was a bit flavorless for me. If anything, it mostly tasted bitter.

My second box included two flavors I had already recieved.  This surprised me.  I was also slightly disappointed.  While I loved Rose Mist, Doomni was disappointing to see arrive again.  After this box, I decided to sit down and post a few reviews.  Hopefully, my next box will include a variety of teas of greens, whites, and blacks instead of being so oolong heavy.  I like oolong tea very much, but I was under the impression the boxes were oing to allow me to sample a variety of teas from around the world.  Hopefully, the next box will offer this.

I have purchased a few other flavors since my second box.  Teabox was kind enough to send me three complementary samples with my order!!

Here are a few other reviews:

The first inhale I took from the opened bag instantly brought to mind a paper cup filled with deliciously foamy chai ready to tickle my lips with its frothy liquid. Steeped into a milk-chocolate brown liquor, the notes of ginger, almond, and cinnamon complement each other delightfully. With its hint of spice in the aroma as you bring the cup to your lips to its rich decadent body, this tea is a great morning and afternoon indulgence. With its ability to be drunk straight from the bag or with additions of honey and milk, I recommend this blend as a great versatile tea. Its is made with a base of black tea leaves, chai spices, and thick almond slices. Quite an inviting cup!

Would have liked more chamomile in the flavor profile

Nice low-caffeine tea. Brews very clear and is deep gold/orange in hue. I had hoped for more of a chamomile flavor in the taste profile, as hinted at on the packaging. The liquor is slightly too vegetal in its flavor profile for my tastes. I think its high in quality but not quite my favorite taste on a personal level. I think fans of earthy teas will enjoy this one. Thank you to Teabox for sending me this tea complementary with my order. I appreciate the sample very much! 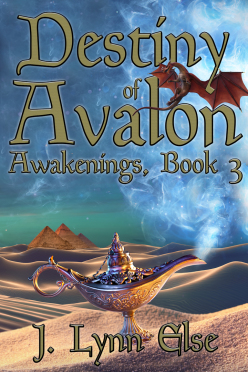 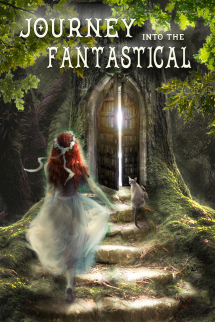